Recipe for Success Even without a Meal ​
Combine three new, dynamic young female Chicago County Board commissioners as speakers with the League of Women Voters of Cook County’s (LWVCC) annual “Food for Thought” program, stir in an eagerly-waiting audience and a pinch of sobriety and humor, and you have the makings of a hugely successful event–even without the salad and sandwiches.

Broadcast live via Zoom mid-morning on July 31, the much-anticipated event was moderated by League board member Pris Mims. A crowd of 60 plus League members and guests heard Cook County Board Commissioners Alma Anaya, Bridget Degnen, and Donna Miller share their county board knowledge and experiences, as well as their hopes for the next two years of their four-year terms.

They also covered the importance of good stewardship of the Cook County’s departments, programs and budgets, as well as fairness and transparency of government operations. They hope more women of any age will run for public office.
The Commissioners noted the County Board’s commitment to achieving a complete and accurate census count The 2020 Census will determine congressional representation, inform hundreds of billions in federal funding every year, and provide data that will impact communities for the next decade.

The Cook County league’s "Food for Thought" programs are one way the league carries out its mission to educate its members and the public. We are so grateful that Commissioners Anaya, Degnen, and Miller agreed to participate and hope they whetted people's appetites to learn more about Cook County and the two other county-wide governments that the League follows: the Cook County Forest Preserve and the Metropolitan Water Reclamation District.
LWVCC Annual Meeting held on May 18 via Zoom

​Highlights of his remarks:
***One of his greatest challenges is getting Chicago residents to make use of their many facilities, in part as a means to a healthier life style. The Preserves partnered with Northwestern on a study that found that people who walk through the Forest Preserves lower their blood pressure at a greater rate than those who walk on suburban sidewalks.
***As part of its Centennial Celebration, the leadership of the Preserves completed a long-range plan, “The Next Century Plan.” Among its priorities is to eliminate the invasive, non-native plants. In response to a question from Chicago League member Margaret Herring about whether the Preserves is planting new trees in anticipation of warmer weather due to climate change, Superintendent Randall told the group that there is no plan for planting any new trees.
***Superintendent Randall highlighted several recent successes, including the restoration of Eggers Grove in Chicago and the Greater Maywood Paddling Program in Maywood.  The latter is a partnership with the Maywood Public Library to provide kayaks and training, which brings in new users to the Preserves through the Library. The Forest Preserves has also partnered with the Field Museum to help restore Beaubien Woods on Chicago’s south side near Altgeld Gardens.

There Is No “New” Water -
Maryana Spryropoulos, President of the Metropolitan Water Reclamation District (“MWRD”), pointed this out to a sold out “Lunch & Learn with the League” fundraiser sponsored by the League of Women Voters of Cook County on August 8, 2017.  All the water we have is simply part of the cycle of absorption, discharge, evaporation, and precipitation.  So it makes sense, President Spyropolous explained, that we treat the water we have carefully - read more. ​

In many ways, the Cook County Health & Hospitals System (CCHHS) is in the best position it has been in  years.  In other ways, it is facing some of its greatest challenges.  But both Wayne Lerner, a member of the CCHHS Board of Directors, and Laurence Msall, President of the Civic Federation, agree that the CCHHS plays a vital role in providing healthcare to the people of Cook County, and it must continue to exist.

For a full report on the panel discussion

At the May 2 Annual Meeting of the League of Women Voters of Cook County, League members reported on activities over this past year, and then turned to the upcoming 2016-17 year as delegates from all 13 local Leagues within Cook County approved the recommended program, the budget (no increase to the per member payments from local leagues), minor by-laws changes, and the slate of officers and directors.
Board of Directors
Elected to two year terms were Vice-President Nancy Marcus (Winnetka, Northbrook, Kenilworth), Secretary Eleanor Prince (also from the WNK League), and Directors Laura Davis (Palatine Area), Jan Goldberg (LaGrange Area), and Betty Hayford (Evanston).  They join those continuing in their positions through the 2017 Annual Meeting:  Co-Presidents Karin Hribar (Arlington Heights) and Diane Edmundson (Park Ridge), Vice President Karen Hunt (Evanston), Treasurer Amy Little (Chicago), and Directors Jennifer Artis (Homewood/Flossmoor), Veldarose Erie (Park Forest), and Kelly Kleiman (Chicago).  In addition, each local league is able to select a local league representative to serve as a voting member of the Board of Directors.
The new 2016-18 Nominating Committee includes chair Susan Kern (Palatine Area), Krista Grimm (LaGrange Area), and Cate Whitcomb (Evanston).
See Pictures from the Annual Meeting 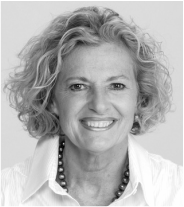 ​Featured Speaker Supreme Court Justice Ann Burke says progress being made in improving Cook County Criminal Justice, but much more is needed.
Illinois Supreme Court Justice Anne M. Burke was the featured speaker at the Annual Meeting of the League of Women Voters of Cook County on May 2, 2016.  At the League’s request, she spoke about the pre-trial procedures within Cook County, which were also the focus of the recent report by the Criminal Justice Interest Group of the League.
Some of the key points made by Justice Burke were:
Justice Burke provided examples, which she said were not unique, of the human tragedies caused by the problems with the pre-trial system in Cook County.  In one case, a man waited 114 days for trial on a charge of stealing a Snickers bar because the man could not afford the bond set.  In another case, a man was charged with having half a marijuana joint and 2 Viagra pills.  A $50,000 bond was set.  He was in jail for ten days, during which he lost his job, before the Sheriff’s office went to the State’s Attorney’s office, which agreed to drop the charges.

The Illinois Supreme Court’s Administrative Office is continuing to work with Cook County on improving the pre-trial system.  Measures are being put into place now to track progress and that will allow people to be held accountable.  But much still needs to be done.  The Cook County League will continue to advocate and watch for improvements.